After a night in Galveston TX, 12 shipmates and 9 spouses boarded the Royal Caribbean Cruise Lines Vision of the Seas ship for a five night cruise on the Caribbean Sea with ports in Progreso and Cozemel Mexico.

If you attended the 2019 USS Gregory Reunion Cruise you already know that a great time was had by all! If you didn’t attend the Reunion, we missed you! The Reunion Cruise was organized by Loy and Kathy Buley and they did a bang-up job! After a night in Galveston TX, 12 shipmates and 9 spouses boarded the Royal Caribbean Cruise Lines Vision of the Seas ship for a five night cruise on the Caribbean Sea with ports in Progreso and Cozemel Mexico. The days were spent socializing, sitting on the decks and enjoying the sun, eating, taking tours, swimming, taking in ship’s activities, enjoying the evening’s performances in the theater. The Gappas and the Boyers were recognized for their 60th wedding anniversaries this Spring. Also Leno Ravetto and Jerry Ammons celebrated birthdays during the Reunion. Every evening everyone had dinner together in the dining room where we were seated together at three adjoining tables. The shipmates all agreed that it was just like sailing on the Gregory!!!!

The Association meeting was held on Sunday, April 14 at 1:00 p.m. led by President Walt Neumann. Several topics came up for discussion including where the Association goes from here as our membership is slowly decreasing. The consensus of the shipmates was to continue the Association until “last man standing”! Walt suggested (and it was agreed upon by the members) to not have “structured” Reunions but to pick a city, hotel and date for a meeting place but tours/sightseeing is up to the individuals. Several locations were voted on for the next reunion and Long Beach CA was the winner. The next Reunion will be in the Spring of 2020. Kathy Buley volunteered to check out hotels in that area.

We received notification of five shipmates who passed away since the last Reunion. Loy Buley rang the ship’s bell as Walt read each name. The members who have passed are Rudolph Levantini, Leo Davis, Jerry Yourczek, Bill Lockett and Phillip Huff.

All present officers agreed to accept their offices again. Walt Neumann – President, Loy Buley – Vice President, Ken Boyer – Secretary. Treasurer Bill Laing did not attend the Reunion so Walt will contact him to see if he will continue in his office. If not, Gary Johnson volunteered for the position.

Ken Boyer recommended to lower the price of yearly membership from $12 to $5 due to our large treasury balance and to hopefully encourage more memberships. This was approved by the members. The new dues will take affect on January 1, 2020.

The next Reunion of the USS Gregory will be the 20th. The first Reunion was organized by Glen Shaeffer and held in York PA in 1991. Let’s have a big turnout for the 20th Reunion. Information will be coming out after the first of the year. 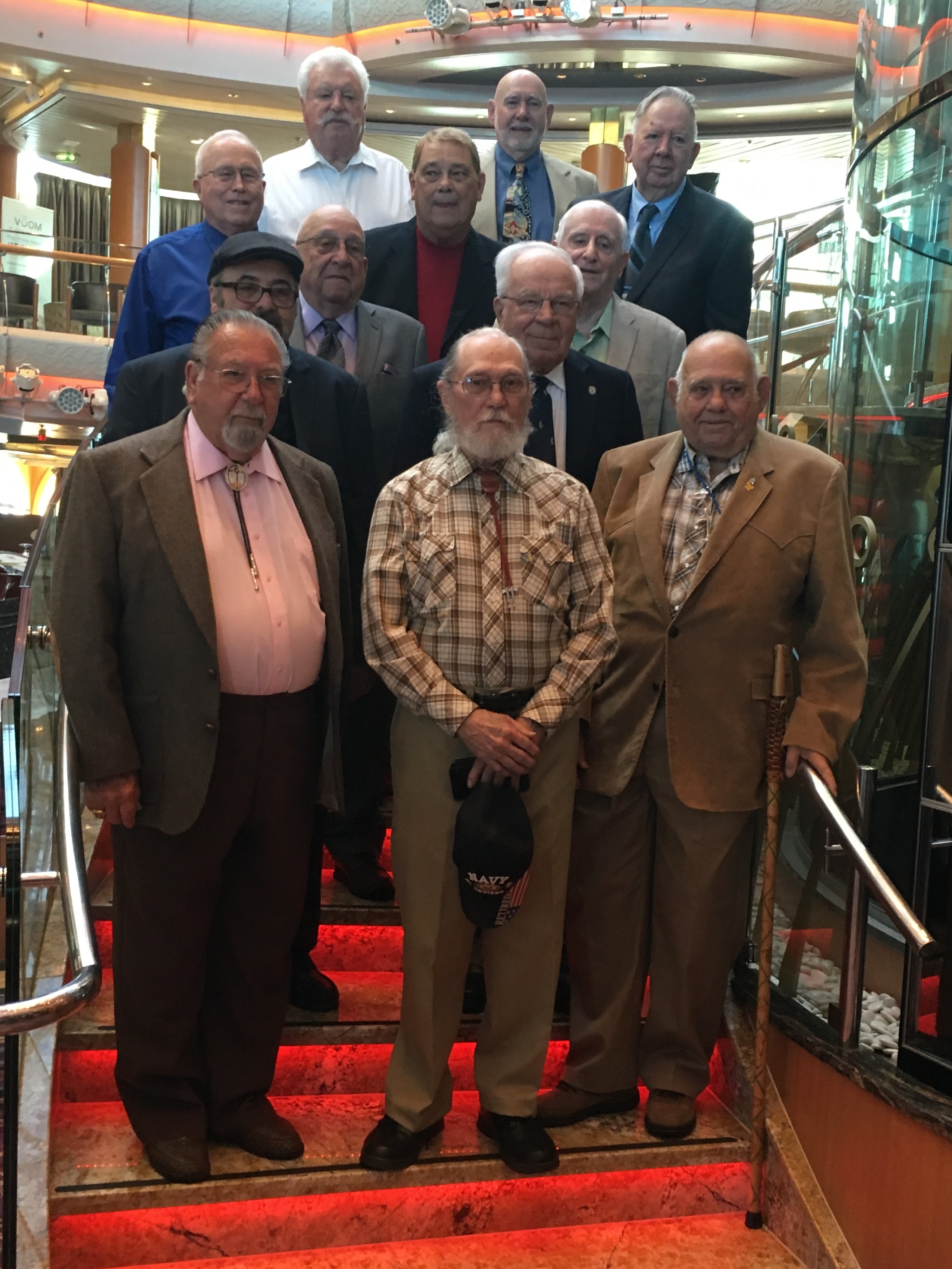 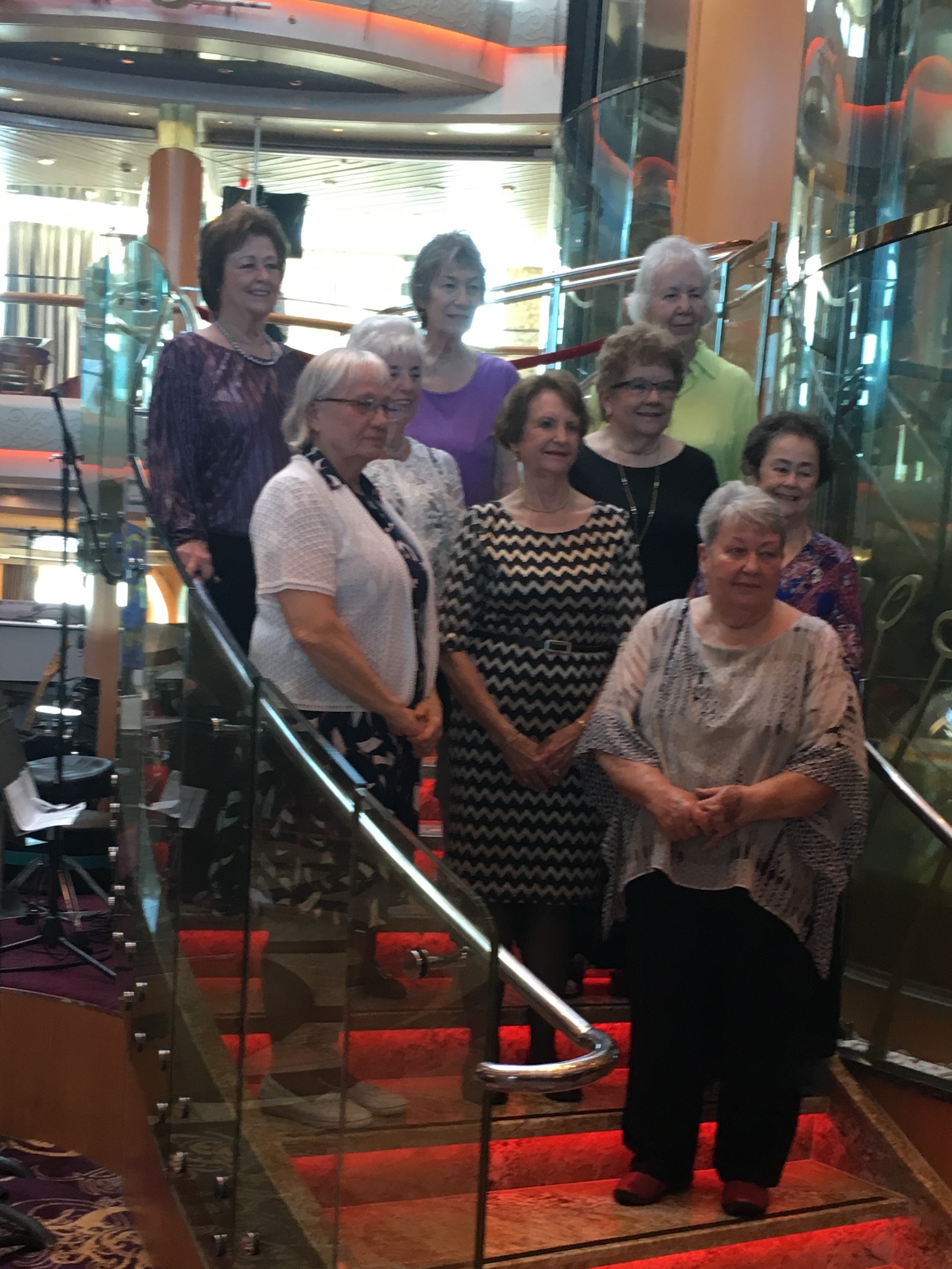 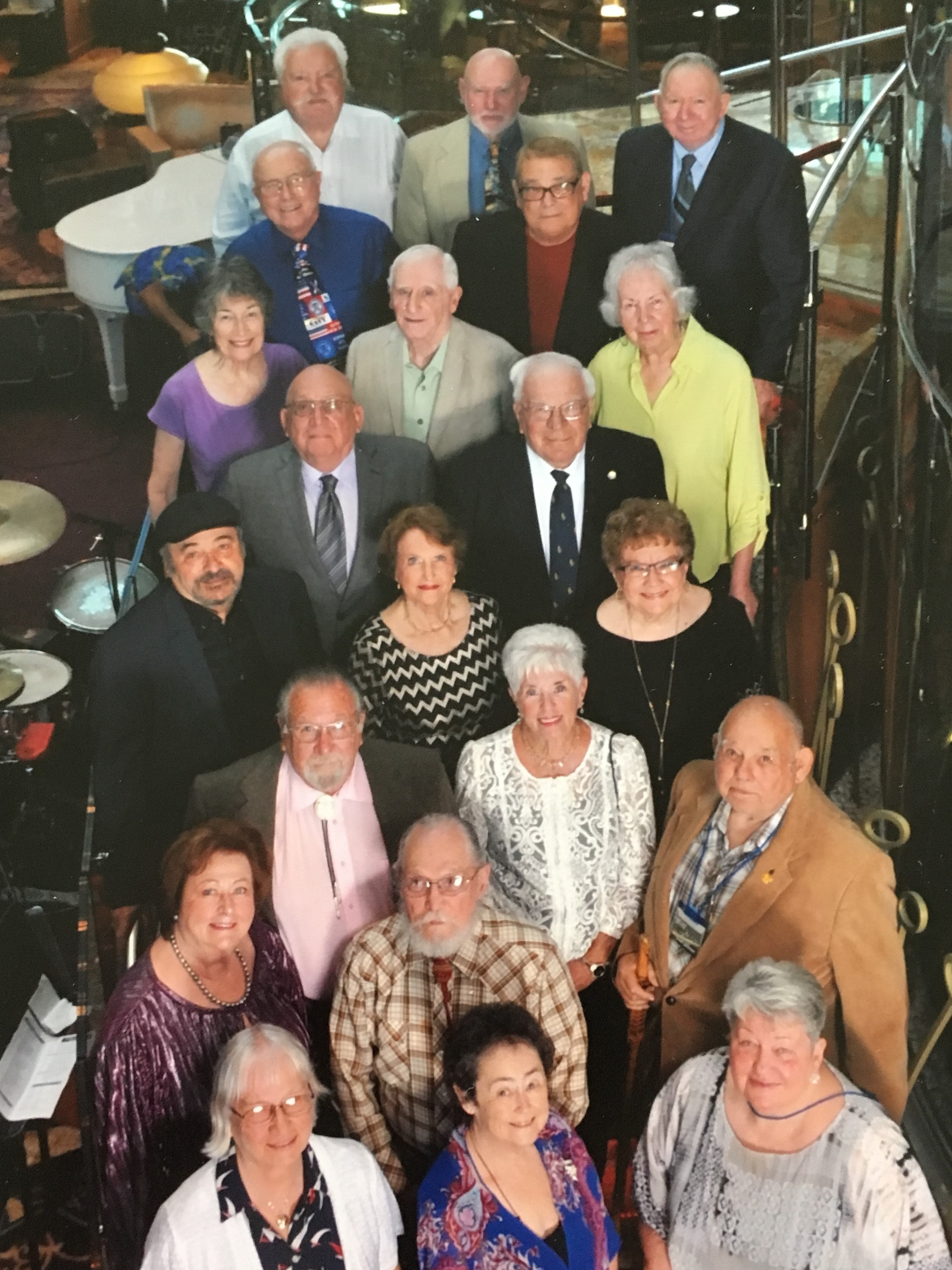 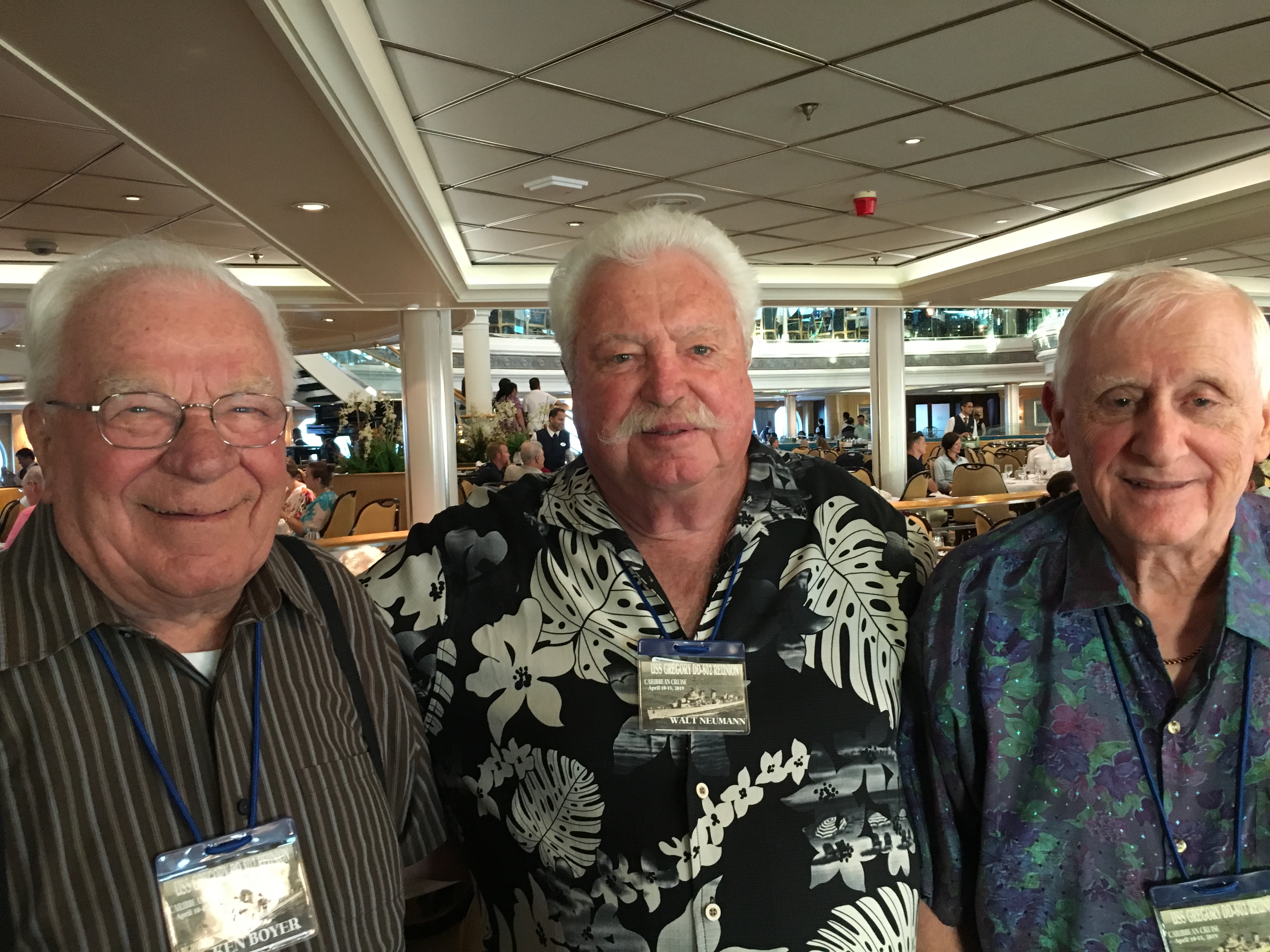 The business meeting was held on April 14, 2019. Please view the attached minutes submitted by the Association Secretary Ken Boyer.